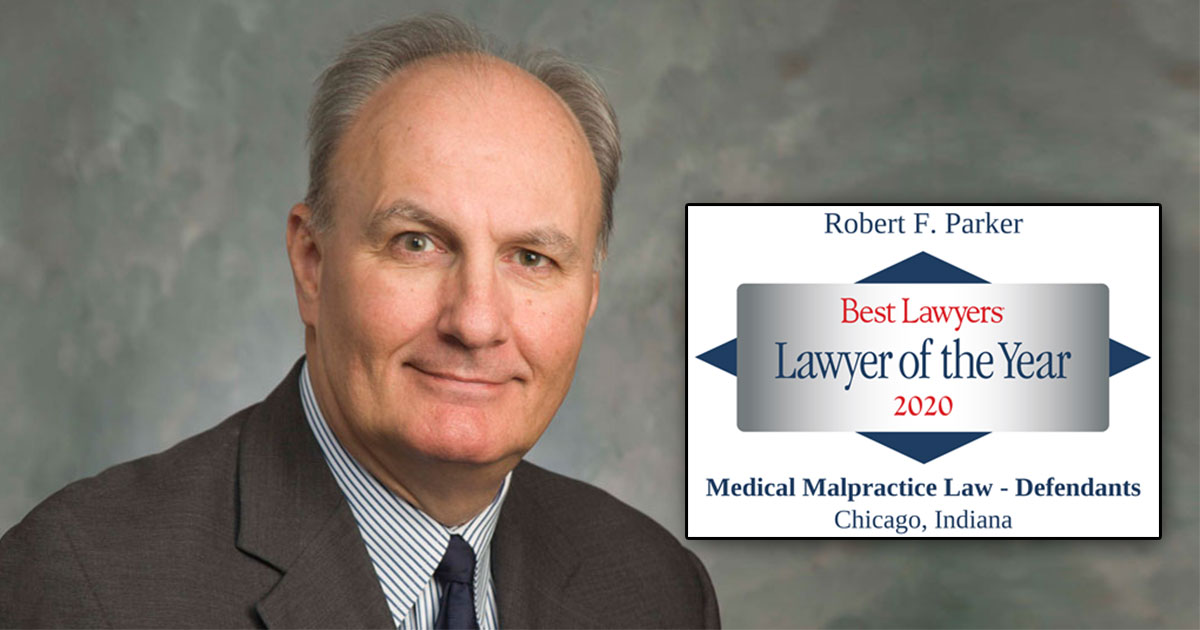 February 25, 2020 — Burke Costanza & Carberry LLP attorney Robert F. Parker was recently recognized by Best Lawyers as the 2020 “Lawyer of the Year” for Medical Malpractice Law – Defendants in the Chicago area.

Only a single lawyer in each practice area and designated metropolitan area is honored as the “Lawyer of the Year,” making this accolade particularly significant. These lawyers are selected based on particularly impressive voting averages received during the peer review assessments.

Receiving this designation reflects the high level of respect a lawyer has earned among other leading lawyers in the same communities and the same practice areas for their abilities, their professionalism, and their integrity.

Since it was first published in 1983, Best Lawyers has become universally regarded as the definitive guide to legal excellence.