Update on Estate and Financial Planning Before and After December 31, 2012

On December 17, 2010, President Obama signed into law the “Tax Relief, Unemployment Insurance Reauthorization and Job Creation Act of 2010.”  It increased the federal estate tax exemption to $5,000,000 effective January 1, 2011.  Unfortunately, this window of time with a large exemption may close on December 31, 2012.  The purpose of this memorandum is for you to consider the anticipated changes in the laws and your personal circumstances to determine if you should make any changes to your estate or financial plan before the end of the year.

Background:  The modern estate tax dates back to 1916, when it was imposed at a rate of 10% on the portion of estates above $50,000.  In considering a bill in 1917 that would have doubled rates to a top rate of 20%, the Senate Finance Committee said:

Such a tax, when used as an emergency measure, is necessarily unequal in operation.  Only if continued at the same rate for many years – the period of a generation – does it become equal for all persons in like situation.  If levied as a war tax, that is, as a temporary emergency measure, it falls only upon the estates of those who happen to die during the period of the emergency.

In 2001, Congress passed the first of two large legislative packages that contain most of what are now commonly referred to as the “Bush Tax Cuts.”  These tax cuts lowered the income tax rates, capital gains tax rates and estate and gift tax rates.  If Congress takes no action before the end of the year, you will generally pay higher tax rates on your wages, dividends, interest and capital gains.  In addition, the new 3.8% Medicare tax will generally be imposed on unearned income beginning on January 1, 2013.  Therefore, if you have the ability to recognize income in 2012 or 2013 (e.g., wages or dividends in your small business or the sale of a highly appreciated asset resulting in a capital gain such as stock or real estate), it may be beneficial from a tax standpoint to recognize the income in 2012.

The 2001 law also repealed the estate tax completely for decedents dying in 2010.  This led to several well-publicized instances in which famous people (including George Steinbrenner) who died in 2010 leaving multi-billion dollar estates that passed to their heirs without paying a penny in federal estate tax.  However, all of those provisions were scheduled to sunset on December 31, 2010, meaning that if Congress had not acted prior to that date, the estate tax would have sprung back to 2001 levels of a $1,000,000 applicable exemption amount.  Now, almost two years later, we unfortunately find ourselves in about the same situation.

Based upon the $5,000,000 exemption, it was estimated that the vast majority of estates (all but an estimated 3,500 nationwide in 2011) would not be subject to any federal estate tax and the revenue raised from the estate tax in 2011 was estimated to be about $11.4 billion.  However, if the exemption amount had been instead reduced to $1,000,000 in 2011 with a top tax rate of 55%, it is estimated that there would have been 43,540 taxable estates in 2011 (a more than twelve-fold increase), which would have raised approximately $34.4 billion in tax revenue.

The 2010 law also gave heirs of decedents dying in 2010 a choice of which estate tax rules to apply, the 2010 rules (that provide for no estate tax and carry over basis) or the 2011 rules (which provide for a $5,000,000 exemption).  Since there was no estate tax in 2010, some inherited assets were subject to higher capital gains taxes under the 2010 rules, a situation that could actually increase the total tax burden for some heirs.  Inherited assets under the 2010 rules have a tax basis equal to the price when they were purchased (often referred to as carryover basis) rather than the price at death (often referred to as stepped-up basis).  Under the 2011 rules, heirs were able to inherit assets with a stepped-up basis.  While most heirs would choose the 2011 tax rules, the heirs of very wealthy decedents occasionally found it more advantageous to elect the 2010 law.

The 2010 law also introduced a new concept called “portability.”  This allows the use of an exemption amount in a pre-deceased spouse’s estate and the surviving spouse’s estate.  Prior to portability, standard estate planning for wealthy married individuals included the use of a “family trust” or “credit shelter trust” to take advantage of the exemption amount of the first spouse to die.  Portability was trumpeted as a big win for the taxpayer so that these bypass-type of trusts were no longer necessary.  However, before abandoning the use of the bypass trust, be aware that this portability opportunity expires on December 31, 2012.  Even then, if the surviving spouse lives at least until 2013, there is some uncertainty as to how the portable amount of the exemption received from the deceased spouse will be treated in subsequent years.  Portability also does not apply to the generation-skipping tax.  There is also some asset protection planning opportunities and state death tax saving opportunities using a bypass trust.

What To Do:  We recommend that clients review their estate plans periodically and/or whenever a significant life event occurs (e.g., birth of a child, death of a spouse, purchase of new home, significant increase in wealth, etc.).  However, changing laws should also cause all clients to consider reviewing their estate plans.

For clients with substantial amounts of wealth or with valuable closely held businesses, we recommend that such clients consider using lifetime gifts in 2012 to take advantage of the $5,120,000 lifetime gift tax applicable exclusion amount because this valuable tool is scheduled to expire on December 31, 2012 if Congress does not take any action.  If a large gift is made in 2012, the law is not clear whether the large gift will be pulled back into your taxable estate if you die in a year in which the exemption amount is much less.  This is sometimes called “the clawback” possibility; however, most commentators agree that this is an unlikely scenario.

It is possible that Congress may take action before the end of this year and extend $5,120,000 gift and estate tax exemptions for some period of time.  It is also possible that Congress may take action but reduce the exemption to something between $1,000,000 and $5,120,000 – $3,500,000 has been included in some proposed legislation in the last two years.  Remember, it was December 17th the last time Congress took action regarding estate tax reform.

Finally, we want to remind you that the annual gift exclusion (currently $13,000) is separate from the lifetime annual exclusion we discussed above.  The annual gift exclusion is still available and is not affected by these changes.  In fact, it is projected by several commentators that the exclusion amount may increase in 2013 to $14,000 per donee (it is indexed for inflation) but we will not know the exact amount until January 2013.

We recognize that it is difficult to plan when the law is continually changing and there is no way to predict how or when Congress will act. Please do not hesitate to contact us with any questions that you might have or if you would like to discuss your estate plan. 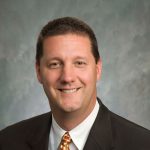