The office participated in the fourth annual statewide March Against Hunger food drive and received the Attorney General’s Cup for winning the medium firm division. The firm gave 758 pounds of food and $4,075.64 in monetary donations to the Food Bank of Northwest Indiana.

“This year the Burke Costanza & Carberry law office stepped up and brought in a significant number of donations,” Zoeller said. “I am thankful for their support of the community and for families in need. Food banks across the state are facing challenges and it is my hope this friendly competition makes their efforts to help others a little bit easier.”

“We were delighted to hear of the firm’s triumph in the medium division of the Attorney General’s March Against Hunger,” George Carberry said. “Although the generosity of my co-workers and colleagues is not surprising to me, the sheer volume of their food and financial contributions in response to the Attorney General’s challenge is inspiring.  As a result of their efforts, many Hoosier families will have food on their tables in the months ahead. I’m also grateful to my colleague Ann Marie Woolwine for her smart and enthusiastic campaign leadership.”

Fifty-one law groups from Indiana, Kentucky and Ohio competed and broke the record for March Against Hunger donations, both monetarily and in quantities of nonperishable goods. Donations totaled 11,404 pounds of food and $51,822 in monetary donations.

The Food Bank of Northwest Indiana is one of 11 regional food banks in Indiana that partner with Feeding Indiana’s Hungry or FIsH – an organization which helps link Indiana’s resources to feed those in need. Each year, the Indiana Attorney General’s Office has joined FIsH and the Indiana State Bar Association to help challenge law firms to donate goods and raise money for these banks.

Food Bank of Northwest Indiana Director Angie Williams said the group provides nutritional support to those in need of hunger relief through its network of 100 community agencies across Lake and Porter counties.

“The 4th Annual March Against Hunger food drive has been a huge success this year in Northwest Indiana,” Williams said. “We are so thrilled to have a local firm place first in the medium firm division.  We would like to thank Burke Costanza & Carberry for the firm’s commitment to fighting hunger and the generous donation of food and funds. This support is greatly needed especially with the growing demand for food assistance across our region. With partners like the Attorney General and Burke Costanza & Carberry we can truly fight hunger and feed hope.”

Award winners within five categories will receive the “Attorney General’s Cup” for collecting the most donations. Divisions include: 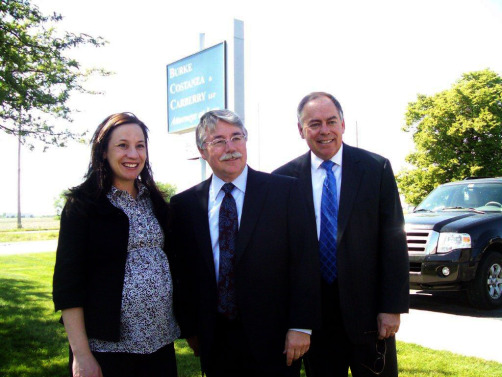 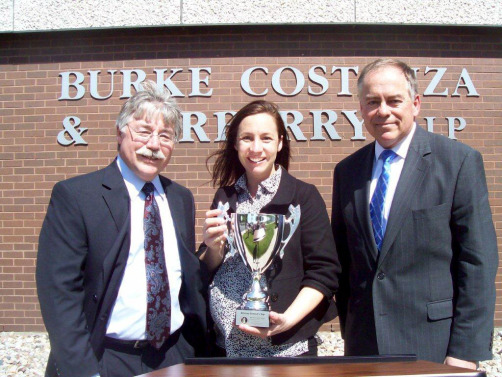