Juror Misconduct in the Internet Age

One of the bedrock principles on which the jury system rests is that trial jurors must rely only on evidence and legal principles which they receive during the course of the trial, and are not allowed to resort to “extrinsic” information to reach a verdict. Hence, the familiar admonition to jurors that they are not to read about the case in newspapers, watch television or listen to radio accounts of the events. Under Indiana law, juror exposures to extrinsic influences during trial such as newspapers or television programs recounting facts of the trial are grounds for dismissal of a juror. After a trial is over, if evidence comes to light of such extrinsic influences, and the likelihood of prejudice to one of the parties is demonstrated, the trial result can be set aside and a new trial required. The rules prohibiting extrinsic influences have become particularly difficult to enforce with the advent of smart phones and other wireless devices capable of accessing the internet practically anytime and anyplace. A recent article from Reuters Legal reported almost 50 trial verdicts nationwide that had been called into question since January, 2009 because of juror internet misconduct. Some of the cases involved jurors or prospective jurors posting comments about the trial or the parties on social media sites, such as Twitter, which called into question the jurors’ impartiality. But most involved jurors using the internet during trials to obtain information they believed was relevant to the decision-making process.

For example, the Arizona Supreme Court ordered a new trial for a defendant convicted of murder when a court bailiff discovered that a juror had printed out internet definitions of first and second degree murder and taken them into the jury room during deliberations. These definitions were different from the definitions of those terms contained in the court’s jury instructions. In another case, a plaintiff’s verdict in an Illinois medical malpractice case was set aside when it was learned that the jurors had used the internet during the trial to research some of the medical terminology used in the case. The Appellate Court ordered a new trial “[b]ecause the medical issues were so pivotal in this case, extraneous information on any of those medical issues raised an impermissibly high risk of tainting the jury’s decision-making process.” And in a similar case, an appellate court in Oklahoma found, after a post-trial hearing, that a juror had done internet research during a medical malpractice trial to “help her understand what all the medical experts were saying.” A verdict in favor of the doctor defendants was reversed, and a new trial ordered.

In Indiana, in order to prevent these types of problems from arising, courts routinely instruct juries on these issues. Indiana’s Model Civil Jury Instructions include admonishments that jurors must not:

Jurors are not only required to refrain from internet misconduct themselves, but they are required to report instances of such misconduct on the part of other jurors to the bailiff or judge. 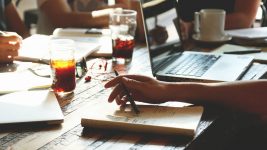 Incorporating To Protect Personal Assets: Does It Really Work?