Redlining in a Digital Age

Recently, the Department of Housing and Urban Development (“HUD”) filed an official discrimination complaint against Facebook for alleged digital redlining.  Facebook has claimed its working to end discrimination on its platform by denying exclusion tools for protected categories in advertisements; however, the HUD complaint noted that the offending practices continued as of July 24, 2018.  While Facebook may not be a mortgage lender, the complaint against it is a great reminder of just how prevalent digital redlining is and how lenders can avoid following in Facebook’s footsteps.

Before looking at why this matters to lenders, it’s important to first look at just what is digital redlining.  Digital redlining is an update to an older real estate term wherein lenders would refuse to loan money to people in low-income areas because they were deemed a financial liability.  Redlining was first regulated by the Fair Housing Act of 1968 (“FHA”) and continues to be a problem today.  In this instance, HUD alleged that Facebook violated the FHA because Facebook’s advertising algorithms allow advertisers to choose to display or not display mortgage-related ads based upon several discriminatory criteria.  Using Facebook users “interests” an advertiser could display or not display based upon whether they were interested in a certain country or region, disability related topics, or child care.  This redlining discrimination is more blatant as advertisers can also decide who receives their promotional material based upon gender or by redlining certain zip codes.

HUD’s complaint against Facebook was not brought by an individual consumer; instead, it was brought by HUD’s Assistant Secretary for Fair Housing and Equal Opportunity.  The important distinction being that the complaint triggers a formal fact-finding investigation by HUD and then if reasonable cause exists a charge of discrimination may be filed.  An investigation is not the same as a determination of liability; there are still significant risks faced by Facebook and perhaps steep financial penalties.

It can be difficult to see how a complaint against a tech giant like Facebook can be relevant to an individual financial institution.  In its April 2017 Fair Lending Report, the Consumer Financial Protection Bureau (“CFPB”) announced its top three fair lending priorities which present substantial risk of discrimination for consumers.  First on the list was redlining.   Considering the CFPB announcement and the recent HUD complaint it is crucial that lenders immediately analyze their advertising and marketing data for redlining risks.

To analyze its practices a lender needs to first understand how investigators determining if there is potential redlining.  Investigators will look at a bank’s geographic distribution of applications and loans and compare that performance against the bank’s peers to discern if there are any differences or conspicuous gaps.  This is where Reasonably Expected Market Area (“REMA”) becomes relevant.  According to the Fair Lending Exam Procedures REMA is the geographic area “where the institution actually marketed and provided credit and where it could reasonably be expected to have marketed and provided credit.”  The Federal Deposit Insurance Corporation (FDIC) provided lenders a list of factors that go into determining a financial institution’s REMA:

While many of these factors are subjective, it is best to remember that an institution’s REMA is not selected by the institution; rather it is determined by investigators when looking into potential discriminatory practices.

Using the criteria provided by the FDIC a lender can create a map of its marketing and lending activity that aligns with its potential REMA.  After gathering the requisite marketing and lending data use geocoding to visually review where there may be gaps in application or origination volume.  Keep an eye on those gaps that correspond to certain racial or income demographics.  Identify whether any individuals from Low-to-Moderate income ranges or MMTs not marketed to or denied mortgage loans at a higher than average rate.  In addition, regulators will look at whether the institution is targeting areas with less advantageous products; offering different loans to different areas; and/or not marketing residential loans in certain areas.

HUD’s complaint against Facebook may just be the tip of the iceberg, it is easy to see how Google or other internet oligarchs may be targeted next.  The best thing a lender can do it get out ahead of this potential avalanche of discrimination complaints and ensure that its policies and practices are in line with federal and state regulations. 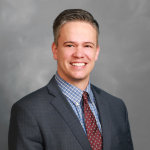