Gioia Named as a Fellow of the Indiana Bar Foundation

Dan Gioia has been named as a Fellow of the Indiana Bar Foundation, and he will be inducted on December 11th, 2016 at the Annual Foundation Ceremony. The Bar Foundation supports many statewide efforts to fund Legal Assistance for the poor, and educational programs for Indiana students, such as the nationwide “We, the People” competitions. Other inductees include Retired Federal Judge Larry McKinney from the Southern District of Indiana, and the Honorable Judge David Avery from the Allen County Superior Courts in Fort Wayne. 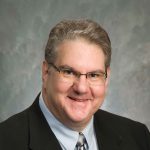 More about Daniel A. Gioia

Daniel A. Gioia is an experienced Family Law Mediator and Civil Mediator. Dan has served on the Joint Task Force on Alternative Dispute Resolution Rules, and the Domestic Relations Focus Group for Family Mediation which was responsible for recommending revisions in the Alternative Dispute Resolution Rules and Procedures of the Indiana Supreme Court.