Changing Definitions of “Marriage” in the Workplace

Indiana’s Defense of Marriage Act (DOMA), which prohibited same-sex marriage and refused to recognize same-sex marriages from other states, was ruled unconstitutional on June 25, 2014. Chief Judge Richard L. Young entered a final judgment in three federal lawsuits that challenged Indiana’s DOMA: Baskin v. Bogan, Fujii v. Indiana Governor, and Lee v. Pence. The Seventh Circuit Court of Appeals quickly stayed that ruling pending appeal. That ruling in Baskin followed the United States Supreme Court in United States v. Windsor in June 2013, which invalidated a portion of the Federal DOMA, which had defined marriage for purposes of federal law as “only a legal union between one man and one woman.” Every other federal court that has considered the issue since Windsor has found that laws forbidding the licensing or recognition of same-sex marriages are unconstitutional. These rulings impact federal and state laws that control the workplace.

FMLA Rights After Windsor and Baskin

The Federal Family and Medical Leave Act (FMLA) requires employers with 50 or more employees to allow unpaid leave to care for a spouse with a serious health condition. After Windsor, Labor Department regulations controlled FMLA leave and defined spouse as “husband or wife as defined or recognized under state law, for purposes of marriage in the state where the employee resides.” 29 C.F.R. §815.102.

Interestingly, same-sex married couples working for the same employer might now find themselves with less “Bonding Leave” or “Parenting Care Leave” because married employees must share those types of FMLA leave whereas unmarried employees each have their 12 weeks’ leave for those purposes.

The decision in Baskin, if affirmed, will also impact other Indiana employment statutes. An unemployed person who moves to join a same-sex spouse in another region would retain eligibility for Indiana unemployment benefits. IC 22-4-15-1. Likewise, employees would be entitled to Indiana military family leave when their same-sex spouses are ordered to active duty. IC 22-2-13-11. Same-sex spouses would also have spousal rights under Indiana Small Employer Group Health Insurance. IC 27-8-15-1 et seq.

Keeping Up in the Workplace.

As these laws change, Indiana employers and ERISA plan sponsors should carefully consider: 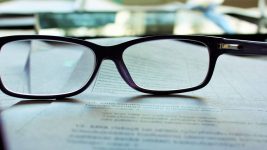 Department of Labor Investigations – Basics for an Employer