BCC Makes It Three In A Row By Winning The 2014 March Against Hunger Competition! 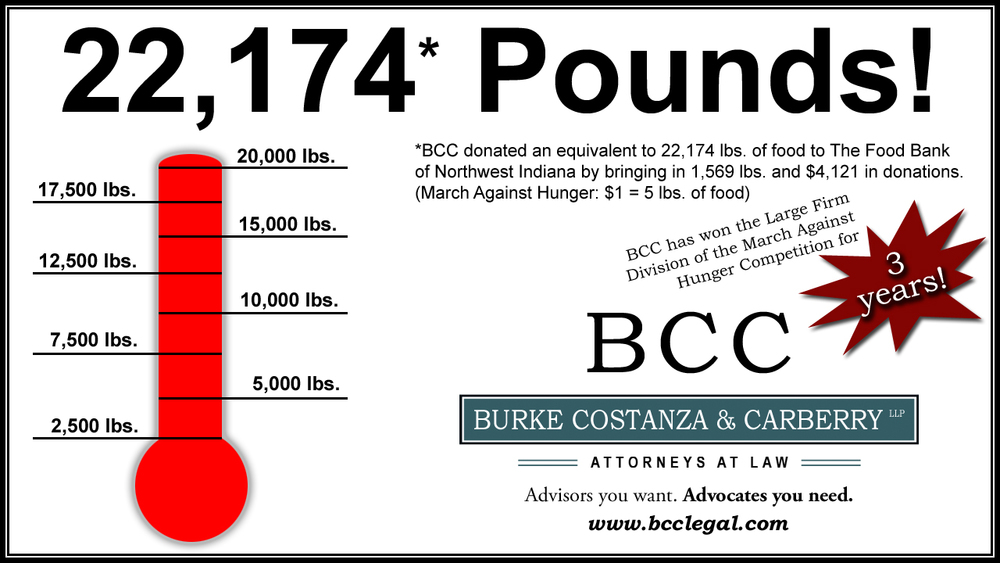 For the third straight year, Burke Costanza and Carberry LLP won the large firm division of the Indiana Attorney General’s statewide March Against Hunger Competition.  This March, attorneys and staff donated 1,569 pounds of food and $4,121 dollars to the Food Bank of Northwest Indiana.  The donation put the firm in first place in the Large Firm division and ranked third in the state in overall donations.  BCC also won the contest in 2012 and 2013.

The firm took a new approach to the competition by having attorneys and support staff sponsor specific events, including Mardi Gras Gumbo and a Carb Craze, among others.  Now in its 6th year, March Against Hunger has raised a total of 52,291 pounds of food and $231,720.71 for a total of 605 tons in assistance since 2009.  The program helps to address a serious need in the state of Indiana.