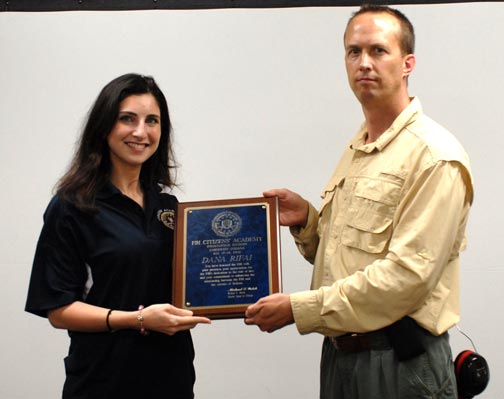 BCC Attorney, Dana Rifai, participated in the 2012 FBI Citizens’ Academy of Indiana.  The FBI Citizens’ Academy is a firsthand experience on how the FBI works.  Graduates of the FBI Citizens’ Academy get a behind-the-scenes look at the how the FBI functions and its mission to the American people.  To be a part of the Academy, FBI outreach coordinators select community business, civic and religious leaders through a nomination process made by past graduates of the Academy.  The Academy’s curriculum focuses on enlightening its students about the operation and structure of the FBI and the tactics used to track down crime and terrorism.  FBI special agents personally instruct the classes.  Academy graduates learn about how the FBI operates to counter terrorism and organized crime in their own backyards and around the world.  Special agents, who serve as instructors of the Academy, relay stories and incidents of the FBI’s efforts to work collectively with local officers, as well as foreign law enforcement, to keep us safe.

Classes are on all aspects of the FBI, including polygraph methods, the bomb squad, cyber crime, the importance of targeting white collar corruption, and the FBI’s collaboration efforts with the community to brush away crime.  As a part of the FBI Citizens’ Academy, graduates also receive firearms training.  Graduates gain a deep understanding of the FBI, not always accurately portrayed in the movies and on TV, and are encouraged to serve as ambassadors for the FBI to promote a safer community.  The FBI Citizens’ Academy is a breathtaking and rewarding experience into the workings of our federal law enforcement system, and it creates a profound respect for the brave agents who serve our country so well. 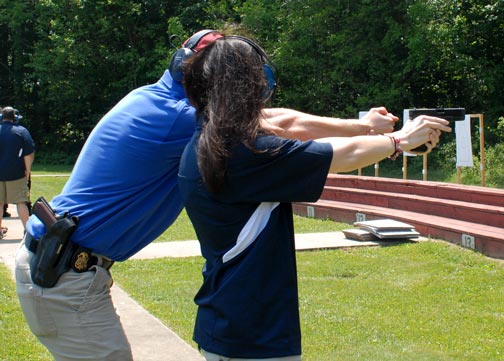 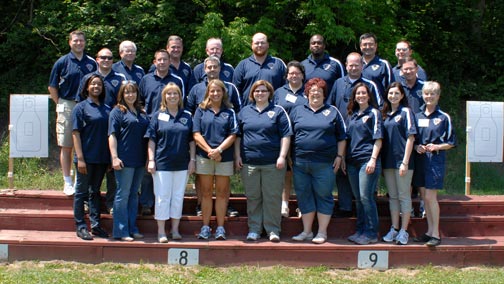