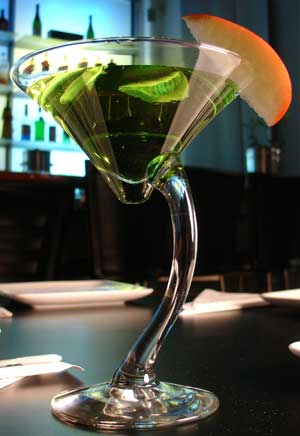 Most people are aware that a drunk driver can be held legally liable to pay money damages when his or her intoxication results in the injury or death of another. But did you know that, under certain circumstances, any business or person who “furnished” alcoholic beverages to that drunk driver can also be held liable? Indiana law makes a “furnisher” of alcoholic beverages responsible for resulting damage if the liquor is furnished to someone who is already intoxicated. This law, often referred to as a “Dram Shop” law, is not limited to commercial establishments such as a bar or restaurant. It also extends to “social hosts,” that is, someone who serves alcoholic beverages at a party in their home, for example. Even employers who host “office parties” or picnics in which alcoholic beverages are furnished can be held legally responsible.

Pursuing a dram shop case following an injury or death at the hands of a drunken driver is often much more financially rewarding than simply filing a lawsuit against the drunken driver. Many drunken drivers turn out to have little or no automobile liability insurance. On the other hand, commercial establishments frequently have liquor liability insurance coverage, with liability limits running into the millions of dollars. And even private individuals who may “over-serve” guests in their home usually have homeowners insurance. A typical homeowners policy covers such liquor liability in most instances.

At first blush, it may seem a difficult obstacle to prove that the drunken driver was intoxicated at the time he was furnished the alcoholic beverages. But in reality, there are many ways to establish such proof. Drunken drivers usually have their blood alcohol content measured by law enforcement authorities following an accident. There are well-established mathematical calculations which can work backward from that number to determine how much alcohol the driver had “on board” at any particular time before the accident. Moreover, lay witnesses are perfectly competent to testify to opinions about intoxication, based on common observations such as slurred speech, bloodshot eyes, and the other common signs and symptoms of alcohol intoxication.

While drunken driving accounts for the overwhelming percentage of Dram Shop liability cases, injuries caused by alcohol intoxication can give rise to liability for damages in other contexts, too. Industrial or workplace accidents and assaults are two other common results of alcohol intoxication, and there have been many cases where victims have recovered large jury verdicts or settlements in both. In Indiana alone, Dram Shop cases have resulted in millions of dollars in verdicts and settlements for injured victims and their loved ones.

Burke Costanza & Carberry LLP’s attorneys are experienced in evaluating and handling cases arising out of alcohol intoxication, including Dram Shop liability cases. If you or someone you know has suffered a significant injury as a result of someone else’s fault while drunk, contact us for a no-cost consultation about a potential claim.